Life is a great teacher, a master. And so are film festivals.

100 years of Indian cinema and 62 years after India organized its very first international film festival, yours truly finally got an opportunity to attend his very first film festival in its entirety (yep, he’s attended some before but never in their entirety and never soaked in the experience)—the one held a couple of weeks back at Bengaluru.

Cutting across barriers of language, geographies, culture, race, genre, time and space, expanding my mental horizons and understanding of the human psyche, this festival taught me more about films than ever before in a short span of eight days.

Seated in a dark corner of Fun Cinemas, watching the projector throw a new light on the world of world cinema, I was lost to the vagaries of 24 FPS. Be it the thankless journey of the sound obsessed Foley artist in Shabdo, the amorous travails of the Young and Beautiful, the disillusionment in relationships in Le Passé, the nature of reality in Lucia, or the after-effects of a rapidly expanding economy in A Touch of Sin, each film had more to tell than meets the eye.

Juggling between work, home and the fest, I could muster enough physical and mental stamina to catch only 17 of the more than 100 odd films screened at the Bengaluru International Film Festival (Biffes 2013). I share with you, dear reader, a brief take on some of the films and my personal takeaway. 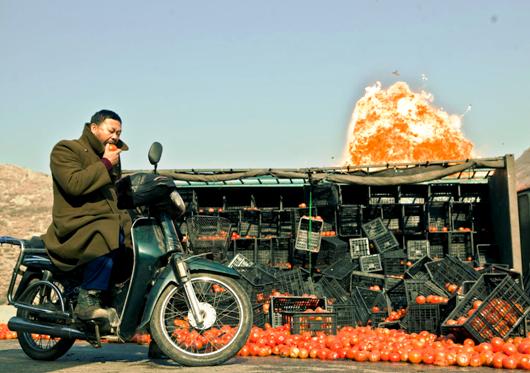 An Apple a Day is a Blast Away

Winner of the best screenplay at the 2013 Cannes, Jia Zhang-ke’s A Touch of Sin is not the typical screenwriter’s delight. And this I say as a compliment.

Four narratives strewn across the length and breadth of a modern-day, rapidly expanding China and yet sewn together by the common thread of human plight in a might-is-right and greed-is-good world. Jia depicts the after effects of a society rooted in tradition and ideology that abruptly shifts to urbanization, modernization and state capitalism. The results are grim as people are pushed to extremes—from taking the law in their own hands, to bloodshed and even suicide.

Although set in China, this could be your country, my country.

Takeaway: Contrary to popular perception, a message movie that doesn’t shy away from taking a stand can make a difference—both, at festival circuits and in people’s lives.

Lost in the mundaneness of routine, blaring traffic and incessant chatter, our minds are fine-tuned to shut out ambient sounds but the same cannot be said about Tarak who moonlights as a Foley artist. The sounds of the universe make inroads into Tarak’s ears and come alive on screen when he recreates each diegetic, ambient sound with his hands, mouth and other paraphernalia. Slowly, these sounds of men walking, of engines whirring, of birds chirping, possess Tarak completely leaving him almost deaf to human language.

Shabdo (Sound) stirs a philosophical debate: Who draws the lines for normalcy? Is it a sin to be obsessed with one’s passion?

Takeaway: The world is no place for men obsessed.

Watch Shabdo on You Tube (no subtitles)

Blue Is The Warmest Color, Young and Beautiful (French, 2013)

French cinema seems to have a way with matters of the mind, soul and flesh.

The seemingly carefree demeanor and sexual experimentation of the central characters Adèle (Blue Is The Warmest Color) and Isabelle (Young And Beautiful) slowly metamorphoses into something more profound and a life changing experience. Be it the confident, unkempt belle Adele (Adèle Exarchopoulos) or the enigmatic, adolescent Isabelle (Marine Vacth)—both exuberate a certain je ne sais quoi and break societal shackles to lead the life of their choice that emancipates them. Or does it?

As I Lay Young

Takeaway: A movie that questions sex and the institution of marriage, depicts same-sex first love in graphic detail and wins the Palme d’Or. Eh! Really! Wow!

If the two French films explore the emancipation of the young and beautiful, Sebastián Lelio’s, Chilean-Spanish drama does the same with the not-so-young but nonetheless beautiful middle-aged divorcee Gloria Cumplido.

Paulina García puts her heart and soul into this role, rightfully deserving of accolades for portraying the emptiness and loneliness of the title character with such vivacious subtlety it can give Meryl Streep a complex. What was disappointing though was the intent of the story that refused to go beyond exploring Gloria’s character arc. It was never too clear what Gloria was looking for—instant gratification, true love or something much deeper? For she ends up none the richer or wiser, simply crooning and swaying to Umberto Tozzi’s Gloria that serves as perfect musical bookends to an otherwise average movie with great performances.

Takeaway: Now, why didn’t I like this flick? Maybe I’m too young for midlife crisis drama and too old for instant cinematic gratification.

If there’s one Kannada film you shouldn’t have missed last year, it’s Lucia.

Lucia treads the thin line of reality, balancing the real and the unreal seen through the eyes and mind of a torch-shining usher Nikki (Satish Neenasam), with such an audience accessible narrative it serves as a good example for fusing mainstream content with intellectual cinema. There’s abundant Sandalwood masala, drama, emotions, love, song and dance and yet there’s meta level subtext about dreams, desires and, yes, cinema itself.

It takes a placard-like approach towards the end but that’s something one can easily overlook in an otherwise world class Kannada act.

This Also Shall Pass

Le Passé (The Past) deserves to be spoken of without being weighed down by the burden of Asghar Farhadi’s Oscar winning Iranian drama A Separation. And yet, that’s impossible. For, with Le Passé Farhadi delves deeper into the subject of fractured families and broken relationships in an increasingly globalized world beyond the boundaries of his beloved Iran, making a film in French whose primary characters are Iranian, French and Arab.

A peeling of human relationships to the very last emotional layer, Le Passé leaves its characters naked in front of the mirror of subjective truth while constantly reminding us that our past actions determine our present condition and shape our future. Or maybe actions are mere alibis; we are helpless pawns in the hands of time, specially the past.

Takeaway: Do judge a movie by its director. But please Mr. Farhadi, we don’t want a trilogy or yet another treatise on relationships. 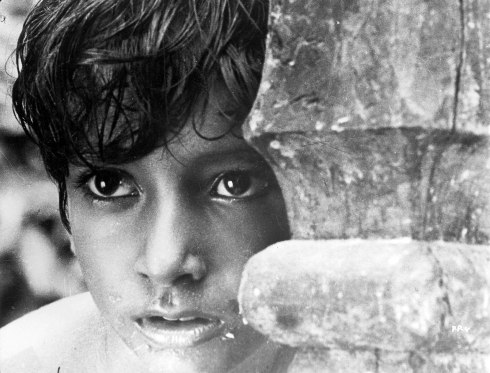 Bruno Ricci from the Bicycle Thieves, the kid in Charlie Chaplin’s The Kid, or Apu from Satyajit Ray’s Pather Panchali. Ever wondered what happened to the child actors behind these characters? Some made it big, some not-so, while others, like Subir Baneerjee who played Apu, were lost in oblivion.

Apur Panchali (The Song of Apu) is a paean to Apu and most importantly to Subir Baneerjee who never returned to films after Pather Panchali. Shot mostly in black and white, Apur Panchali ingeniously draws parallels from the life of Subir and the character Apu, juxtaposing it with actually footage from Pather Panchali.

Yet another Bengali gem at the festival that dealt with cinema at the meta level.

There was more cinematic cud then I could chew, yet my appetite for meaningful cinema only burgeoned by the time I bid adieu to the film soirée but not before I caught up with these highly recommended rarities:

4 thoughts on “A Touch of Sin, Sound, Love, Sex and Lucia”